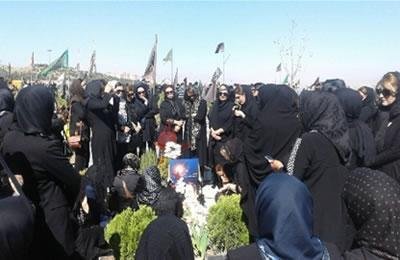 Activist mothers and relatives of political prisoners managed to hold a memorial ceremony in Tabriz,

capital of Eastern Azerbaijan Province (northwest Iran), for the slain labor activist Shahrokh Zamani, despite threats of clampdown by the Intelligence Ministry.

On Friday, September 9, 2016, a large group of women and labor activists gathered in Vadi Rahmat Cemetery of Tabriz to pay tribute to the late Shahrokh Zamani.