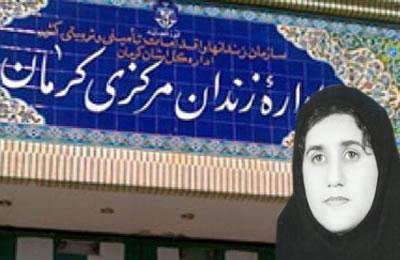 Afsaneh Bayazidi, Kurdish student activist from Boukan, was transferred to Kerman Prison on Thursday, September 8, 2016, to serve her sentence.

Ms. Bayazidi’s family say she is in dire health conditions due to being tortured under interrogation. Prison officials, however, have not taken any measure for her treatment.

Afsaneh Bayazidi was arrested in October 2015 by the IRGC Intelligence and sentenced to two years imprisonment on November 24, 2015, for disseminating propaganda against the state.