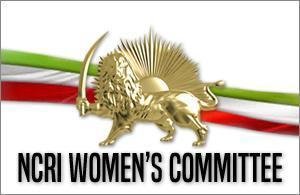 Ali Khamenei, the mullahs’ supreme leader, issued a ridiculous fatwa banning women’s bicycling in public and in front of strangers.

He said: “Riding bicycle often attracts the attention of men and exposes the society to corruption, and thus contravenes women’s chastity, and it must be abandoned.” (The state-run media, September 10, 2016)

A week before this fatwa, Khamenei defined women’s only “role and mission” as “motherhood and housekeeping” when he was declaring the “direction of the state” and general policies on “family.” (Khamenei’s website – September 3, 2016)

These remarks and ridiculous fatwa reveal the backward nature of the fundamentalist rulers of Iran and arouse only the contempt of the Iranian people and particularly women.

The mullahs’ misogynous regime is beset by growing crises and is unable to respond to the most basic demands of the Iranian people and particularly women and youths. It has therefore found its only solution in stepping up repression and discrimination against women. No doubt, with solidarity and unity among the oppressed sectors of Iranian society, this fascist and misogynist regime would soon be toppled.