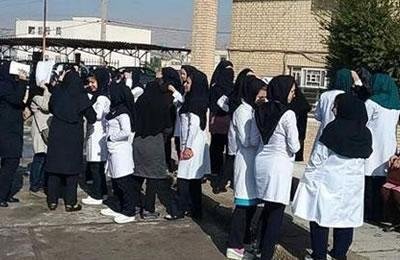 Monday, September 26, 2016, nurses of the Medical School of Gerash staged a protest.

The nurses protested low wages and salaries. Director of Nursing at the medical school of Gerash said: The nurses’ protest is because their salaries are 1.5 times lower than neighboring regions. Gerash is a city in the southern Province of Fars.