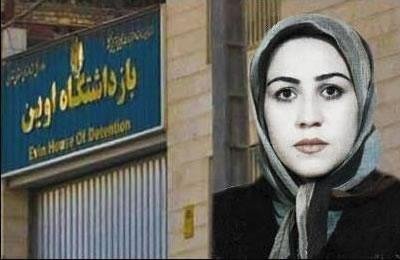 Iran: Political prisoner under pressure for spying on others

Political prisoner Maryam Akbari Monfared was pressured for body inspection by agents in Evin Prison, but she protested and refused to give in to such inspection.

In mid-September, Maryam Akbari Monfared was told that she needs to be inspected before being transferred to Cellblock 209 (solitary confinement under Intelligence Ministry control). Ms. Akbari, however, refused to be inspected arguing that she had not ever left prison.

She was subsequently questioned about the conditions in the women’s ward and the situation of other prisoners. Ms. Akbari refrained from giving any information on other inmates, saying, “I am not the ward’s rapporteur.”

Ms. Akbari, mother of three, has been in prison for seven years without any leaves. Her sister and three brothers have been executed by the clerical regime in the 1980s for supporting the opposition People’s Mojahedin Organization of Iran (PMOI/MEK).