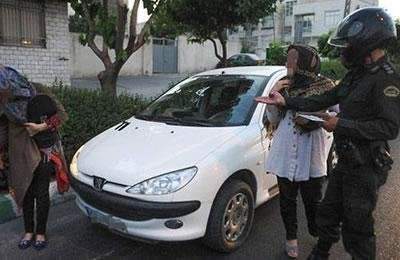 The commander of the State Security Force of Hamedan (western Iran) threatened to impound the vehicles belonging to “mal-veiled” women.

Mohammad Mahdian Nassab made the above remarks in a meeting on September 28, 2016. He added, “There are eight virtue-and-the-veil stations set up by Hamedan’s Police where women from the religious seminary and the moral security police, are present.”

He pointed out that “180 vehicles belonging to improperly dressed people were impounded in Hamedan’s Eram Blvd. over the past month.” (The official IRNA news agency – September 28, 2016)