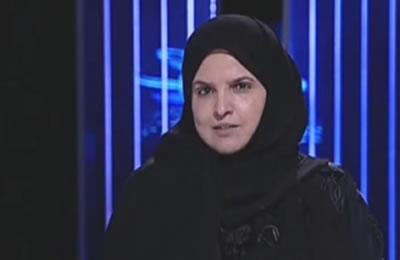 AFP, September 27, 2016, Riyadh – Thousands of Saudis have signed a petition urging an end to the guardianship system that gives men control over the study, marriage and travel of female relatives, activists said Tuesday.

The petition calls for the kingdom’s women to be treated “as a full citizen, and decide an age where she will be an adult and will be responsible for her own acts”, said campaigner Aziza Al-Yousef of Riyadh.

The retired university professor told AFP that she tried unsuccessfully to deliver the petition containing 14,700 names to the Royal Court on Monday.

The activists will now send it by mail as requested.

Saudi Arabia has some of the world’s tightest restrictions on women, and is the only country where they are not allowed to drive.

Under the guardianship system a male family member, normally the father, husband or brother, must grant permission for a woman’s study, travel and other activities.

“We are suffering from this guardianship system,” said Nassima al-Sadah, an activist in Eastern Province.

The campaign is an outgrowth of a Twitter hashtag in Arabic that started more than two months ago calling for an end to guardianship.

“This momentum got very high after the hashtag was created” and following a report by the New York-based Human Rights Watch, Yousef said.

“Saudi Arabia’s male guardianship system remains the most significant impediment to women’s rights in the country despite limited reforms over the last decade,” the watchdog said.

Although the government no longer requires guardian permission for women to work, Human Rights Watch said many employers still demand guardian consent in order to hire a woman.

Some hospitals also require a guardian’s approval before carrying out medical procedures, it said.

Activists said that ending guardianship will make it easier for women to work at a time when the kingdom wants to boost female employment.

“We cannot do it with half of the society paralysed,” Yousef said.

Under the National Transformation Programme (NTP), which sets targets for the Vision, the proportion of women in the workforce should rise from 23 to 28 percent by 2020.

The jobless rate for Saudi women increased slightly last year to 33.8 percent, according to figures cited by the Jadwa Investment firm.

A slow expansion of women’s rights began under King Salman’s predecessor Abdullah, who named women to the Shura Council which advises the cabinet.

Last December, when women could vote and stand as candidates for the first time, at least 20 women were elected for the 2,106 contested council seats.

There are roughly 10 million women and girls in Saudi Arabia.