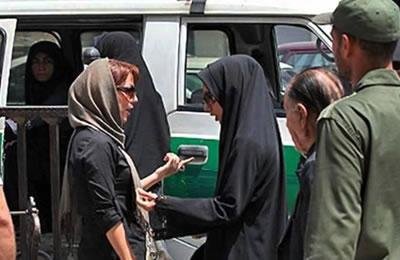 Commander of the State Security Force announced the average number of women arrested everyday under the pretext of mal-veiling.

Addressing the national gathering of Iran’s prosecutors in Mashhad on Thursday, September 29, 2016, Hossein Ashtari said, “Some 2000 women who wear improper clothing are arrested every day in Tehran and some other provinces.”

Ashtari added, “We have submitted a plan proposing social deprivations and deprivation from services by the Islamic Republic, for clothing abnormalities and unconventional behavior.” (The state-run Tasnim news agency – September 29, 2016)