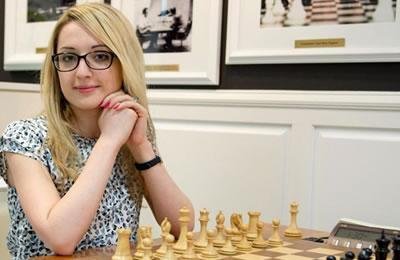 The world’s top female chess players have reacted with horror after being told they must compete at next year’s world championship wearing a hijab.

Within hours of Iran being revealed as its host country, the prestigious event was plunged into crisis as it emerged players taking part face arrest if they don’t cover up.

In response, Grandmasters lined up to say they would boycott the 64-player knock-out and accused the game’s scandal-hit governing body Fide of failing to stand up for women’s rights.

However, players claim by awarding the event to Iran Fide is turning a blind eye to sexual discrimination.

Nazi Paikidze, the US women’s champion, also raised concerns about players’ safety in the Islamic republic.

She said: “It is absolutely unacceptable to host one of the most important women’s tournaments in a venue where, to this day, women are forced to cover up with a hijab.

“I understand and respect cultural differences. But, failing to comply can lead to imprisonment and women’s rights are being severely restricted in general.

“It does not feel safe for women from around the world to play here.” Paikidze added: “I am honoured and proud to have qualified to represent the United States in the Women’s World Championship. But, if the situation remains unchanged, I will most certainly not participate in this event….”

Fide is already reeling after its president, the eccentric multi-millionaire Kirsan Ilyumzhinov, was placed on a US sanctions list for alleged business dealings with Syrian president Bashar al-Assad’s regime.

Ilyumzhinov has repeatedly denied the allegations and continued to act as leader despite claiming he temporarily delegated his powers to his deputy Georgios Makropoulos.

Earlier this month a planned motion to impeach Ilyumzhinov was thrown out by the Fide’s General Assembly at a meeting in Baku.

The Telegraph tried to contact Fide, but the federation has not responded.