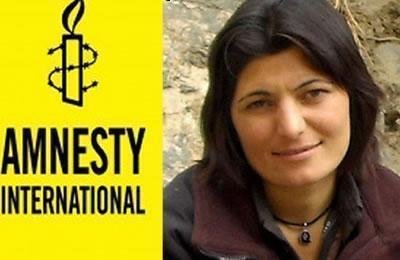 In her statement, Ms. Ayraii stressed that Ms. Jalalian has been imprisoned for ten years without going on leave. She expressed concern about the eye sight of this resistant prisoner and urged human rights advocates to put pressure on prison authorities to provide treatment for her eyes.

In a July 18, 2016, report entitled, “Health taken hostage: Cruel denial of medical care in Iran’s prisons,” Amnesty International wrote: ” Zeynab Jalalian, an Iranian Kurdish woman serving a life sentence in connection with her alleged membership of a Kurdish opposition group, is at risk of going blind because her treatment has been withheld. Her family believe she was injured when interrogators repeatedly hit her head against the wall, fracturing her skull causing a brain hemorrhage and vision impairment. She urgently needs an eye operation but the authorities have repeatedly refused to authorize her transfer to a hospital. Intelligence officers have told her she would first have to provide ‘confessions’.”

Iran: Over 40 women and men arrested in Yazd and Shiraz