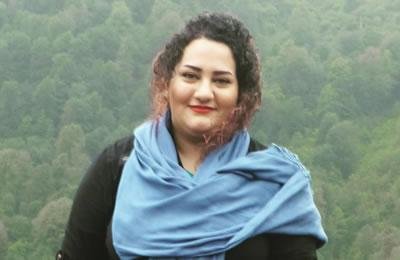 Iran: Atena Daemi says she is not afraid of being jailed

Civil and children’s rights activist Atena Daemi stressed in an interview that she was not afraid of prison and she would adhere to her beliefs.

In response to the charges levelled against her, she said: In 2013, Khamenei announced my unforgivable crimes. I responded by saying that the killings carried out in this country and the crimes committed in Kahrizak are unforgivable from our people’s point of view! For this reason, which is considered insulting the leader, I have received two years in jail.

The five-year imprisonment on the charge of association and conspiring against the state is because I participated in gatherings in protest to the execution verdict for Reyhaneh Jabbari, Arjang Davoudi and the Kurds that were executed last year.

In response to the question whether she is afraid of seven years in jail or if she regrets what she did, Atena said: I do not regret whatsoever! I have always reiterated that as long as I live and as much as I have the power, I will defend human rights. I am not afraid! I was in solitary confinement for 51 days; I have been through the IRGC interrogations and I have been in prison!