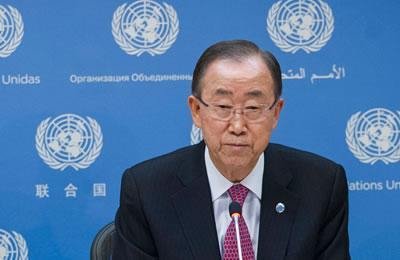 In his new report to the UN General Assembly, Secretary General Ban Ki Moon addressed the executions and human rights violations in Iran.

In part of his report, the UNSG pointed to the execution of 15 women in Iran in the time span from January 2015 to June 2016.

Ban Ki Moon also expressed deep concern over torture, inhuman and humiliating mistreatment of prisoners in Iranian prisons, use of solitary confinement, and constant discrimination against women and minorities.

Syrian swimmer, her 12-year-old brother killed by shelling in Aleppo

Iran: Atena Daemi says she is not afraid of being jailed