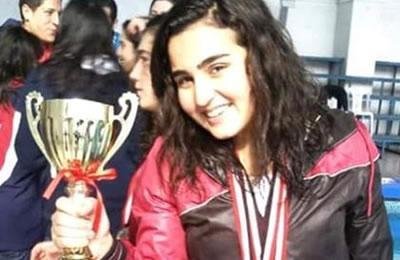 Syrian swimmer, her 12-year-old brother killed by shelling in Aleppo

A young Syrian swimmer and her 12-year-old brother have been killed by heavy shelling in Aleppo.

Mireille Hindoyan, a university student and sportswoman, was seriously injured and later died after bombs fell on the Villi district of the city, home to many people of Armenian descent.

Her brother Arman Hindoyan also died in the attack on Friday, according to Aleppo-based Armenian news service Kantsasar.

A Facebook post by the Aleppo branch of the Armenian Youth Association confirmed Ms. Hindoyan had been killed in the strikes and offered its condolences to her family.

Ms. Hindoyan was a “reliable and hard-working member of the sports committee”, said the post.

The siblings’ mother was in hospital with injuries after the attack.