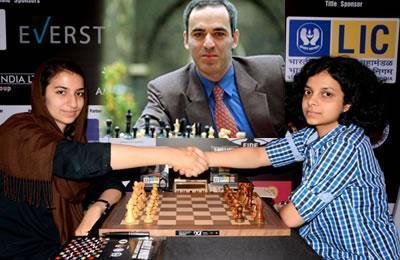 President of the Iranian Chess Federation reported of the growing wave of opposition to the Iranian regime’s hosting of women’s World Chess Championship and obligation of players to wear the veil.

Pahlavanzadeh said that Garry Kasparov, the Russian chess grandmaster, former World Chess Champion, and pro-democracy activist, was among the protesters.

He noted that the international media, including the The Telegraph and The Guardian had also criticized the Iranian regime and interviewed Iranian girls on the issue of mandatory veiling. (The state-run ANA news agency – October 2, 2016)