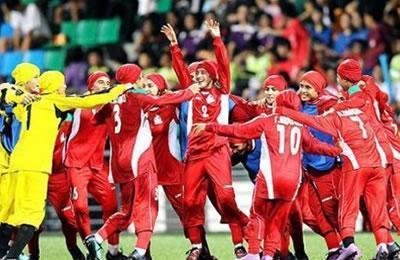 The Extra-Territorial Council decided to cancel the Iranian women’s football game with Sweden.

The teams were scheduled to play on October 9, 2016, in the stadium of Gothenburg. The Extra-Territorial Council did not explain why it opposed sending the women’s team abroad. (The state-run Tabnak website – October 3, 2016)

In another development on September 28, 2016, Tehran’s Prosecutor Jaafari Dolatabadi filed suit against two women who are accused of “participating with inappropriate covering in the tournaments abroad.” The female athletes had taken part in body-building tournaments.

Tehran’s Prosecutor also ordered the Ministry of Industry to inspect all centers that manufacture unconventional clothing and report the outcome to the Prosecutor’s Office. (The state-run Fars news agency – October 2, 2016)