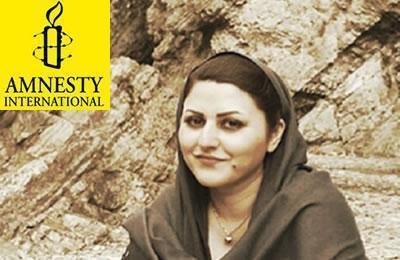 writer and human rights activist, who has written an article against stoning.

The statement cites the AI Research and Advocacy Director for the Middle East and North Africa, Philip Luther, as saying, “The charges against Golrokh Ebrahimi Iraee are ludicrous. She is facing years behind bars simply for writing a story, and one which was not even published – she is effectively being punished for using her imagination.”

Luther added, “Instead of imprisoning a young woman for peacefully exercising her human rights by expressing her opposition to stoning, the Iranian authorities should focus on abolishing this punishment, which amounts to torture. It is appalling that Iran continues to allow the use of stoning, and justifies it in the name of protecting morality.”

On 4 October Golrokh Ebrahimi Iraee received a threatening phone call from the Centre for the Implementation of Sentences ordering her to present herself to Evin Prison to begin serving her six-year prison sentence for “insulting Islamic sanctities” and “spreading propaganda against the system.”