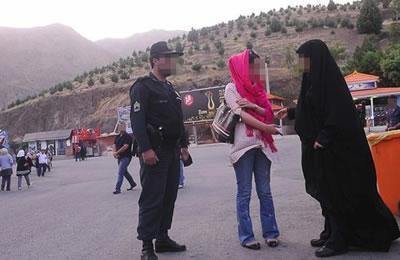 Iran: SSF called to step up harsh approach to women

In a speech to a gathering of State Security Force commanders, Alamo l-Hoda said, “Unveiled and mal-veiled women are the enemy’s infantry force and they must be seriously and decisively dealt with.” (The official IRNA news agency – October 6, 2015)

In another development, the deputy director of the Staff for Promoting Virtue in Boushehr Province (southern Iran) announced that by the end of the Iranian year (mid-March), some 100 councils will be set up throughout the province to promote virtue.

Noting the legislation adopted to support those who promote virtue and prohibit vice, Aalipour added, “To provide legal support for this institution, the Justice Ministry, the SSF command and other relevant agencies have made the necessary collaborations.” (The state-run Tasnim news agency – October 2, 2016)