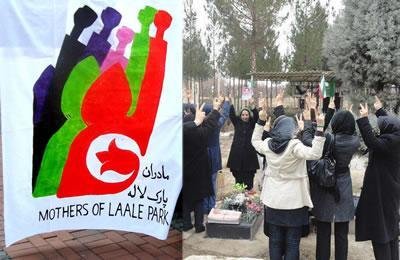 Rights activist mothers of Park-e Laleh published a statement on October 7, 2016, and protested violations of human rights in Iran.

Noting the latest report of the UN Secretary General, they declared that despite rising protests to the flagrant violations of human rights in Iran, “Judiciary officials and security agencies continue to arbitrarily kill freedom-lovers by torture or executions, incarcerate them by unjust sentences or other forms of psychological torture including heavy bail bonds, expel them (from universities) or deprive them of leaving the country, and impose various forms of deprivations and restrictions on them to persecute those freedom-lovers and their families and violate their rights.”

Laleh Park Mothers also pointed out the cases of Nargess Mohammadi, Atena Da’emi and Golrokh Iraee among others, reiterating that they had no crime but defending human rights and opposing the death penalty and the mandatory veil for women.

They also underlined the issue of “white torture” (psychological pressure on prisoners) and depriving prisoners of receiving medical care. They made special reference to the case of Ms. Zeinab Jalalian who is going blind in both eyes (because of beatings on her head under interrogation) but is not allowed to have a medical leave.

The LPM declared in the end, “We strongly condemn the blatant violations of human rights in Iran, in general, and the latest heavy, oppressive sentences issued… in particular. We warn that the answer to the people who demand their rights, justice and freedom is not imprisonment, torture and execution. We demand immediate repealing of these unjust verdicts.”