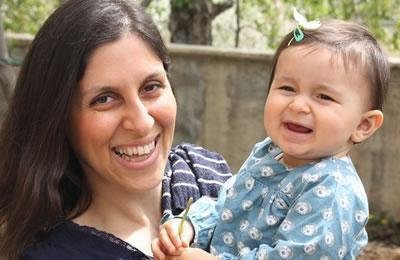 The United Nations human rights investigator for Iran called on Friday, October 7, 2016, for the immediate release of three Iranians with dual nationality whose health is a matter of concern.

Ahmed Shaheed, U.N. special rapporteur on the situation of human rights in Iran, in particular highlighted the case of the Iranian-British aid worker Nazanin Zaghari-Ratcliffe, who was arrested in April with her 2-year-old daughter and tried in August.

An Iranian revolutionary court sentenced her to five years in prison on charges that remain secret, her family said last month.

“Sentencing individuals for charges that are kept secret from defendants and their defence lawyers is a mockery of justice,” Shaheed, a former foreign minister of the Maldives, said in a statement. He said her health had “seriously deteriorated” since her arrest.

Zaghari-Ratcliffe works for the Thomson Reuters Foundation, a London-based charity that is independent of Reuters News. Her daughter, now also trapped in Iran, is being looked after by Zaghari-Ratcliffe’s parents.

Iran’s hardline Revolutionary Guards have accused Zaghari-Ratcliffe of trying to overthrow Iran’s clerical establishment, an accusation that the Foundation and her husband have dismissed.

Iran: Expulsion of an elite student from university