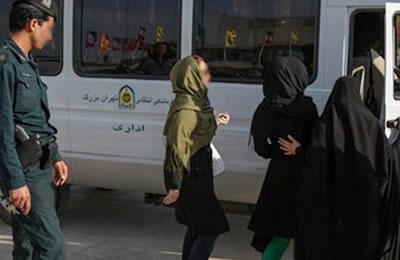 Iran: Expansion of institutions that clampdown on women

Deputy Provincial Governor of Hamedan announced that 136 Councils of Promoting Virtue in government offices and departments throughout the province are monitoring women.

The announcement was made on October 8, 2016. Elahi-tabar added, “The employees’ directorate of the Staff of Promoting Virtue focuses its activities on four items: Virtue and Veil, citizens’ rights, inspections of the employees’ veil and virtue, and supervision of private offices.” (The state-run Fars news agency – October 8, 2016)

Similar plans are being implemented in cities and provinces throughout the country. Earlier, the deputy director of the Staff for Promoting Virtue in Boushehr Province (southern Iran) announced that by the end of the Iranian year (mid-March), some 100 councils would be set up throughout the province to promote virtue. (The state-run Tasnim news agency – October 2, 2016)

Also on October 6, 2016, mullah Alamo l-Hoda, Khamenei’s representative to the Razavi Khorassan Province (northeastern Iran), announced in a speech that was wired by the official IRNA news agency said, “Reason and logic are not effective in dealing with women who wear leggings in the streets as examples and manifestations of those who have targeted Virtue and Veil. We need an operational organ that could stand firm and that (organ) is the State Security Force.”

He further added, “You must see an unveiled or mal-veiled woman in the street as the infantry troops of the enemy and you must see her as the target of your operation.” (The state-run Mazand Majlis website – October 8, 2016)