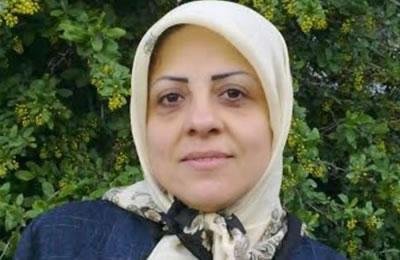 her family including the execution of her father and the arrest of her mother and brother. A translation of her letter appears below:

I, Zahra Zehtabchi, mother of two daughters, was arrested on October 16, 2013, on the alleged charge of membership in the People’s Mojahedin Organization of Iran (PMOI) and sentenced to 10 years in prison while I was only a PMOI supporter and was in contact with them for a short period on the internet.

Of course such sentences are nothing new in the Islamic Republic because throughout these years the Islamic Republic regime has sentenced many people to long prison terms for bogus reasons. There have been so many who got executed without being tried, including my own father and father-in-law.

The night our house was raided and I was arrested along with my mother, sister and brother, we were listening to the television news announcing the arrest of 13 instigators of clashes on June 20, 1981, who had been judged as Corrupt on Earth by the court’s verdict and executed. My father was among them. This is while:

First, how is it possible to put a group of people who are arrested a few hours after any demonstration and carry out the verdict on the same day? This reveals the nature of the Islamic Republic’s courts both in the 1980s and now.

Second is the fact that my father had been arrested at his workplace in Tehran’s Bazaar 15 days before June 20th, and had nothing to do with the demonstration on June 20, 1981.

Then in 1982, my mother and brother were arrested. My mother was in jail for one year and my brother was imprisoned four years.

My father-in-law was arrested in 1988 as he was helping a woman and her 4-year-old child leave the country via Zahedan (southeastern Iran). Without informing the family, they were all executed and we did not receive their bodies. We were neither informed of their place of burial nor the fate of that 4-year-old child.

These few lines are a brief account of my own and my family’s life and I hope this would help to a certain extent in shedding light on what happened in the 1980s.

Honored be their memories.