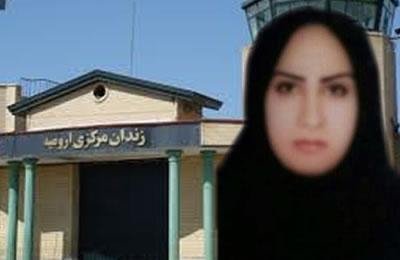 Iran: Stop execution of woman, minor at the time of alleged crime

organizations to take urgent action to save the life of Zeinab Sekanvand, a 22-year-old woman, in danger of imminent execution.

Ms. Sekanvand who was arrested at the age of 17 for the alleged killing of her husband, forced into marriage when she was 15 due to her family’s poverty.

She lived two painful years with her husband when she was continuously battered.

Zeinab got married in prison to a prisoner and was pregnant until September 31, when she gave birth to a still-born baby due to the shock she suffered the day before when one of the inmates, her friend, Molouk Nouri was transferred out and later executed.

Ms. Sekanvand, imprisoned in the Central Prison of Orumiyeh, was informed on October 3 that her death sentence, issued after an unfair trial based on the law of Qessas (Retribution), was going to be carried out imminently.

Iran: International call to save the life of a 22-year-old woman from execution Prisoner Zeinab Sekanvand was 17 at the time of arrest