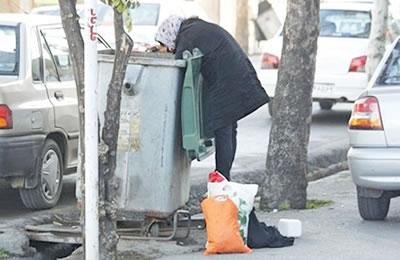 Iran: The feminine face of poverty, looking for food in the trash

The deputy head of the Welfare Organization announced that the number of women sleeping in cardboard boxes in the streets and looking for food in the garbage is on the rise.

Moussavi Chelek said on October 8, 2016, that “looking through the garbage to find food and leftovers” is another way these women earn their living in addition to prostitution.

He noted the rapid expansion of this symptom by reiterating, “The day is not far when we witness this phenomenon in small towns as well.” (The state-run ILNA news agency – October 8, 2016)