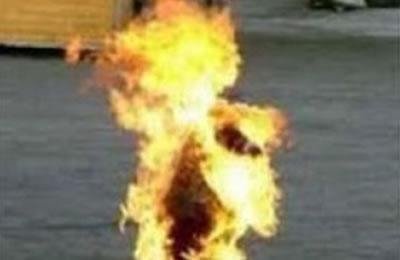 On the morning of Saturday, October 8, 2016, a 30-year-old woman set herself ablaze in the busy Vali-Asr Square in downtown Tehran.

Passers-by rushed in and helped extinguish the fire, however, the woman suffered burns in her face, hands and other parts of her body.

She was transferred to Tehran’s Motahhari Hospital.

There is no information available on the motives of this suicide attempt.

The number of suicide attempts in Iran has risen in recent months and is estimated to be 20 times the fatal cases that end up in the person’s death. (The state-run Entekhab website – October 8, 2016)

Iran: Stop execution of woman, minor at the time of alleged crime