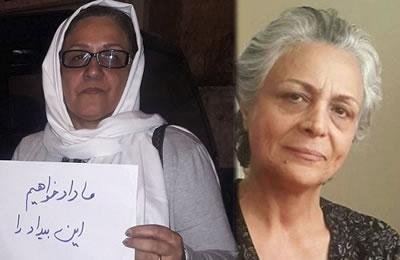 Iranian women and activist mothers who have lost their children under the mullahs’ oppressive regime in Iran, spoke out against the executions in Iran on the World Day against the Death Penalty.

In a post on her Facebook, the anti-Death Penalty activist Sholeh Pakravan wrote, “No to executions, long live freedom. October 10 is a special day, the World Day against the Death Penalty. Because of the highest number of executions in our country, every day can be called a day to protest this naked violence. When we see bloodied (trace of noose around the) necks of those executed, we must protest and ask why? The world must also intervene. Combatting executions must have priority over any talk. It must be pre-condition to every deal. To combat the death penalty, we need national determination. The people of Iran must unite their voices and say: Executions are enough. No to executions. Long live freedom.”