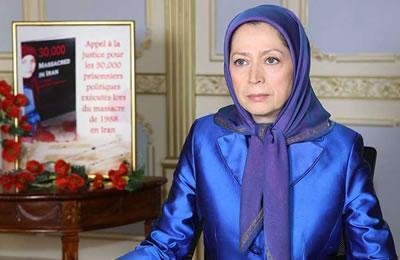 In a message on the World Day Against the Death Penalty, the Iranian Resistance’s President-elect Maryam Rajavi called on the people of Iran

Mrs. Rajavi also underlined the Iranian people’s growing opposition to the regime’s widespread use of the death penalty, and urged the international community to make their relations contingent upon end to the executions.

She also called for the prosecution of the leaders of the Iranian regime in international courts for the massacre of 30,000 political prisoners in 1988.