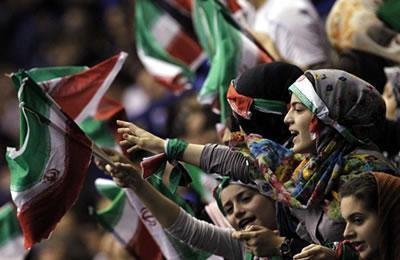 In a statement issued on October 13, 2016, the Human Rights Watch announced that it had written to Ary Graca, leader of the International

Volleyball Federation (FIVB), demanding the federation to cease awarding Iran the right to host FIVB international tournaments until the country ensures that female spectators can freely attend volleyball matches in that country.

The Human Rights Watch wrote in its press release, “In July 2016, the organizers of FIVB World League volleyball matches in Tehran appeared to continue to obstruct the ability of women to freely purchase tickets and attend, in apparent violation of what the FIVB calls its ‘fundamental principle’ of nondiscrimination.”

“Iranian volleyball authorities broke their promises to make tickets freely available to women during the World League matches in July and suffered no consequence,” said Minky Worden, director of global initiatives. “Awarding Iran yet another World League tournament would only embolden the authorities in their discriminatory policies that sideline women.”

“In February 2016, the FIVB assured Human Rights Watch and the Iranian public that the Kish Island Open, Iran’s first beach volleyball tournament, would “be open to fans from all age groups and genders.” However, Iranian women who spoke to Human Rights Watch, domestic news reports, and Twitter posts demonstrated how women who attempted to attend the tournament were told entry was “forbidden” and were turned away based on their gender.”

The FIVB should insist that the Iranian volleyball federation ensure that women can freely attend volleyball matches in the country, Human Rights Watch said. The FIVB should also develop and publish a plan to address the discrimination, and tell the authorities that Iran will not be welcome to host future international tournaments until women spectators are freely able to attend.

“The FIVB may want to build the sport of volleyball in Iran, but embracing gender discrimination and ugly double standards is no way to go about it,” Worden said.