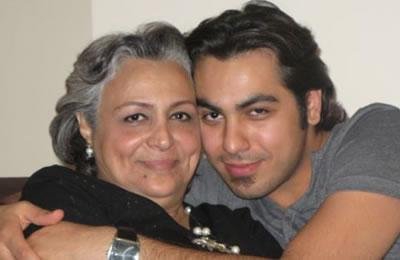 Ms. Shahin Mahinfar posted a letter on October 13, 2016, saying that she could watch the video clip of how his son got killed for the first time after seven years.

Ms. Mahinfar’s son, Amir Arshad Tajmir, was killed on December 27, 2009, when he was ran over by a vehicle of the State Security Force during a vicious clampdown on protestors who called for the overthrow of the regime.

She wrote in her post: “Enough of whining by my Amir Arshad and his likes. The time has come for the whining of oppressive rulers… Those who steal big and embezzle money, but cut the hands and feet of hungry, jobless people for (petty) theft.”

Iran: 16 were arrested in a Tehran party