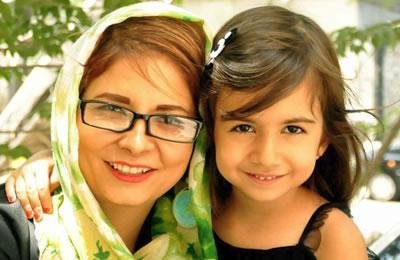 Nastaran Na’imi spoke out against security forces’ harassment of her and her family.

Ms. Na’imi’s husband, political prisoner Soheil Arabi, was first sentenced to death and then to seven years in prison for “insulting the Prophet” in his posts on the Facebook.

Ms. Na’imi who has a young daughter said the Revolutionary Guards Corps eavesdrops on her phone calls and incessantly attempt to hack her Facebook account.

She said the IRGC has told her that Mr. Arabi has not changed his beliefs, and “you are also continuing his ways in your Facebook account.”