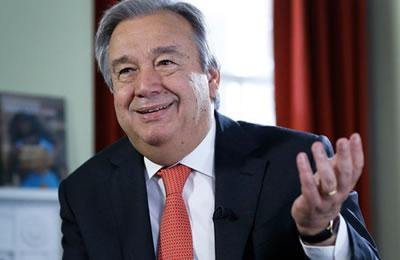 The UN Secretary General-designate, Antonio Guterres highlighted the importance of gender equality in his speech after being elected by the UN General Assembly on October 13.

He said gender equality is a priority commitment of the UN to protect and empower women.

“I have long been aware of the hurdles women face in society, in the family and in the workplace, just because of their gender. I have witnessed the violence they are subject to during conflict or while fleeing, just because they are women and I have tried to address this to every public office.

“The protection and empowerment of women in the organisation are and will continue to be a priority commitment to me.”

Guterres won unanimous support from the UN Security Council during a vote last week and was formally appointed by the UN General Assembly on Thursday as the new secretary-general of the United Nations, replacing Ban Ki-moon.

The 193 member states adopted by acclamation a resolution appointing the former prime minister of Portugal for a five-year term beginning January 1, 2017.

Guterres vowed to fight terrorism and populism and to help overcome divisions over ending the war in Syria.