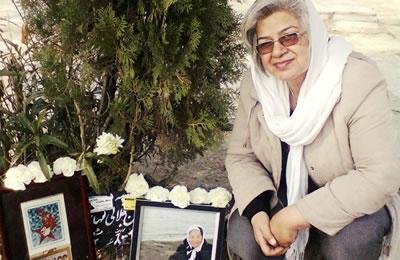 Iran: Mansoureh Behkish has been summoned

Sunday, October 16, 2016, a relative of the victims of the 1980s political executions, Ms. Mansoureh Behkish, was summoned to the second interrogation branch of Evin Prison.

She is supposed to turn herself in within five days.

Ms. Behkish was prevented by security forces at the airport from leaving the country for a family visit in Ireland on September 16, 2016.

Ms. Behkish has lost six members of her family in the executions of political prisoners in 1980s and in the 1988 massacre and is an outspoken advocate of human rights in Iran.