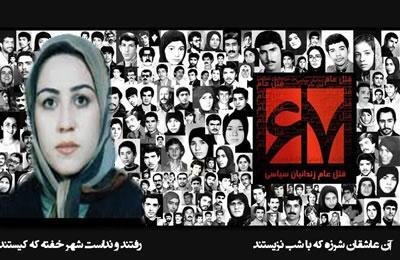 Political prisoner Maryam Akbari Monfared has formally filed a lawsuit against Evin Prison because of the 1988 massacre and the executions of her sister and brothers.

In a letter sent out of prison, she has urged an official probing into the cases of her executed relatives. She wants to know how her loved ones lost their lives, where are they buried and who is responsible for their execution.

She called on the families of the execution victims of the 1980s to undertake a similar measure.

Maryam Akbari concluded her letter by saying, “I do not know what my fate would be after this complaint is published. However, I am demanding clarification of the conditions of the 1988 massacre and particularly my sister and brother, despite all the conceivable consequences.

Political prisoner Maryam Akbari Monfared should have released from prison, by now, but she has been kept in detention. Authorities have not even granted her a leave for her daughter’s surgical operation.