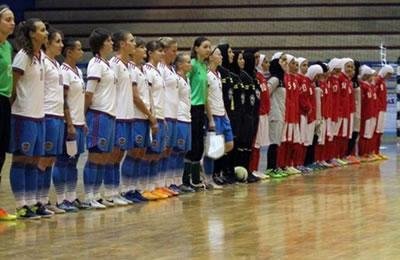 Female reporters were not allowed entry to the stadium to take pictures of the football match between women of Iran and Russia.

ISNA’s headline read, “Female reporters do not enter, the Russians are not wearing the veil!”