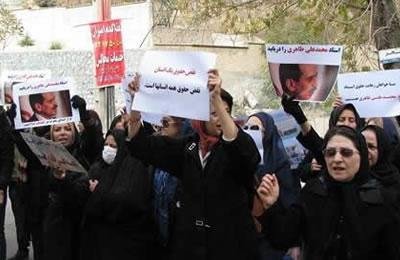 Students and supporters of prisoner of conscience Mohammad Ali Taheri staged a protest on Thursday, October 20, 2016, against his continued detention despite completion of his prison sentence.

The protestors most of them women demanded Mr. Taheri’s immediate release.

On October 19, a similar protest rally was held outside the Baghiyatollah Hospital in Tehran. Plainclothes agents frisked and questioned anyone who intended to enter the hospital.