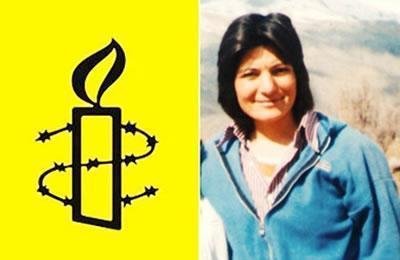 Amnesty International issued a statement on the situation of Kurdish prisoner Zeinab Jalalian who is denied badly needed medical treatment and the risk of losing her eyesight in prison.

In its statement on October 19, 2016, AI wrote: “The authorities have refused to give her access to an eye specialist and to authorize her transfer to a hospital for urgently needed eye surgery and have only given her eye drops. The have also refused her repeated requests for medical leave. According to her lawyer, some of her requests have been rejected outright while others have been accepted on condition that she makes videotaped ‘confessions’. On one occasion, she says prison authorities told her that she had to have a virginity test before they would allow her to receive medical treatment.”

Amnesty International pointed out, “Withholding medical treatment resulting in severe pain or suffering in order to force a ‘confession’ amounts to torture under international law.”