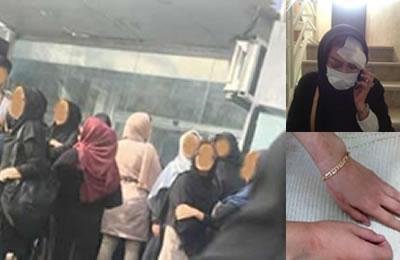 Iran: Women beaten up and arrested in protest rally

Mohammad Ali Taheri which took place on October 21, 2016, outside the Baghiyatollah Hospital in Tehran.

Security forces raided the protest rally and injured and arrested many including a number of women. At least 15 people were arrested.

According to eyewitnesses, security forces hit a woman on the head with batons, causing her to pass out, and arrested her child.