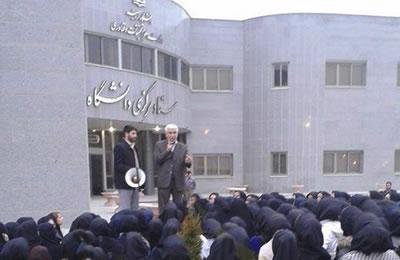 The lifeless body of a Kurdish student, a young woman, was found on campus of the Orumiyeh University (northwestern Iran) on Sunday, October 23, 2016.

The university’s management issued a statement indicating that the death of Parisa Ershadfar, third year student of electrical engineering and electronics, was due to consumption of poisonous drugs.

Parisa’s friends, however, say her death is not related to drug consumption or suicide.

Orumiyeh University students are outraged by the death of their classmate and believe that the circumstances surrounding her death is suspicious.