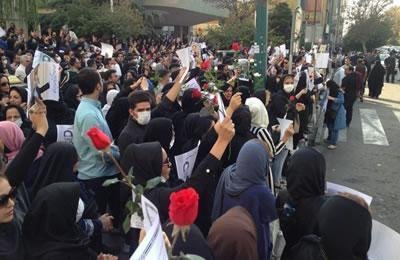 Iran: At least three women were arrested in Tehran demonstration

Those arrested in the Tehran demonstration for the release of prisoner of conscience Mohammad Ali Taheri were transferred to Fashafouyeh and Qarchak prisons, on October 25, 2016.

Three of the women arrested have been identified as Baharak Azarnia, Zahra Shafii, and Nahid Babazazeh. Before being transferred out to Varamin and Fashafouyeh, the detainees were interrogated at Evin Prison.