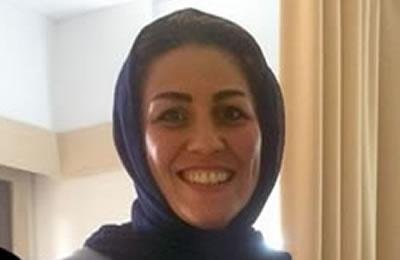 demanding investigation into the executions of her sister and brother in the 1988 massacre. He said, “Filing such complaints will have no result or benefit, and they could only make the prisoner’s conditions more difficult, preventing her leave or release.”

This official in the Prosecutor’s Office also added that Ms. Akbari’s visits with her husband and children have been banned on the orders of “superiors”.

No official had ever confirmed the existence of mass graves and burial of the 1988 execution victims in Tehran’s Khavaran Cemetery. They used to tell families that the bodies of their children were not there.

The complaint by Maryam Akbari Monfared was filed with the Prosecutor’s Office in Tehran on October 15, 2016, to investigate into the reasons and circumstances of the executions of her sister and three brothers in the 1980s and the 1988 massacre.