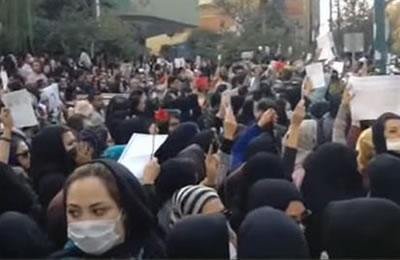 Security forces prevented the gathering of youths and women on Thursday, October 27, 2016, outside Tehran’s Baghiyatollah Hospital.

They demanded the long past due release of the prisoner of conscience Mohammad Ali Taheri.

Eyewitnesses said dozens of State Security vans and vehicles, a large number of Special Unit motorcycles, and hundreds of anti-riot and plainclothes agents were arrayed in Molla-Sadra Avenue.

To counter young women and girls who participate in this protest, female plainclothes agents had also been deployed by the SSF.