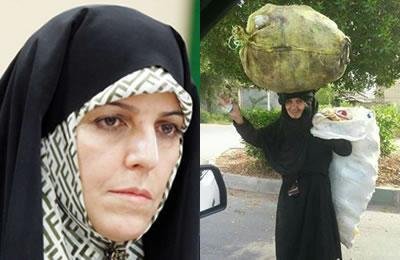 Iran: Economic participation of Iranian women among the world’s lowest

In an expert meeting held in the central Iranian province of Yazd, Shahindokht Molaverdi cited the latest Gender Gap report of the World Economic Forum and asserted that Iran ranks 139th among 144 countries.

She added, “There are only 18 countries in the world where husbands are allowed to prevent occupation of their wives, and Iran is among these countries.” (The state-run Sarkhat website – October 28, 2016)