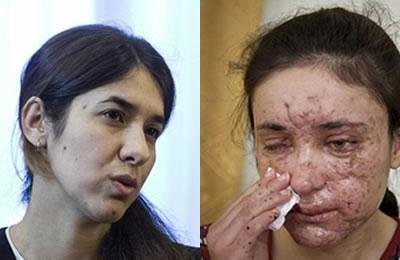 The European Parliament’s human rights prize, the Andrea Sakharov Award, is going to be granted this year to two Yazidi women from Iraq who were taken captive by the Islamic State forces.

Nadia Murad, 21, was captured by Daesh forces in August 2014, and used as a sex slave. She managed to escape. Now she lives in Germany.

Ms. Murad testified before the UN Security Council about her treatment by the ISIS. She said that she had been gang raped by the mercenaries of the terrorist group of Daesh so much that she passed out. Ms. Murad’s brothers were killed by Daesh.

Lamiya Haji Bashar is another woman from Iraq who tried five times to escape captivity. She succeeded in doing so in the fifth time when she ran away with two other women. They ran into mines and Ms. Haji Bashar was injured in the face and lost one eye. Her two companions died.