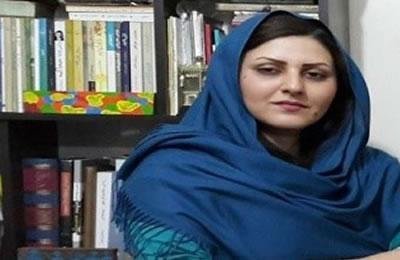 Iran: Details of woman’s arrest divulged by her mother

Golrokh Ebrahimi Iraee’s mother managed to visit her daughter after being arrested.

Ms. Iraee’s mother explained the manner of her daughter’s arrest on October 24, 2016.

She said, “A team from the IRGC Intelligence’s Sarallah unit raided Golrokh’s residence. They kicked and pounded on the door. After an hour, they broke the door with an iron rod and entered the house. Golrokh asked them who they were. They did not pay any attention and handcuffed and blindfolded her, saying that they were taking her to the Evin Prison. In response to Golrokh’s request to take along her medications for asthma, they said, ‘You would no longer need your medicines; you will stay there until you die!’ ”

Golrokh Ebrahimi Iraee is a writer and human rights activist who was last arrested after security forces raided her residence on October 24. She is sentenced to six years in prison. She is on hunger strike since when she was arrested.

Her husband, Arash Sadeghi, sentenced to 19 years in jail, is presently on hunger strike in protest to Ms. Iraee’s detention. Prison officials have not permitted Ms. Iraee to visit her husband.