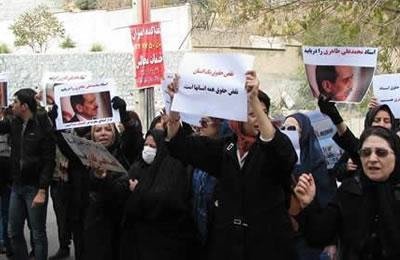 Those arrested during the last week’s protests to the continued detention of prisoner of conscience Mohammad Ali Taheri have staged a hunger strike in protest to the violent and illegal behavior of security forces.

At least three women are among those arrested. They have been identified as Melika Kavandi, Nahid Babazadeh, Baharak Azarnia, and Zahra Shafii.

The detainees held in Fashafooyeh Prison of Greater Tehran and Qarchak Prison of Varamin (a.k.a. Shahr-e Ray Prison) went on hunger strike from the very first hours of detention.

A number of them have been badly beaten up but denied treatment and are presently suffering under bad physical conditions.

Iran: Details of woman's arrest divulged by her mother