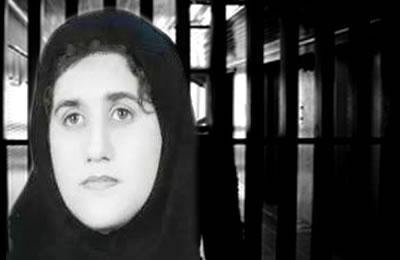 Kurdish woman and student activist, Afsaneh Bayazidi, who had been transferred to the Central Prison of Kerman, was transferred to solitary confinement.

The decision was made by the Disciplinary Council of Kerman Prison because she defended herself against those who insulted her and her identity.

She was arrested on August 21, 2016, and sentenced to four years in prison and banishment to Kerman on the charge of insulting the leader of the Iranian regime, i.e. Khamenei.