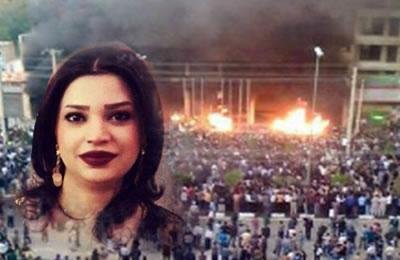 Twelve protesters to the death of Farinaz Khosravani were sentenced to one-year imprisonment each, and payment of blood money by the Criminal Court of Sardasht, in the West Azerbaijan Province.

They were charged with disrupting public order.

On May 3, 2015, a young woman by the name of Farinaz Khosravi threw herself off the fourth floor of Tara Hotel in Mahabad to escape rape by an agent of the Intelligence Department, Morteza Hashemivand.

Khosravani was 26 and lived in Mahabad. She had a Bachelor’s degree in Computer Sciences but worked in a hotel.

Widespread protests erupted in Mahabad in protest to Farinaz’s death where the demonstrators clashed with security forces and smashed the windows.