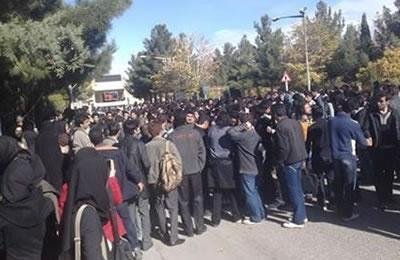 Students of Tehran’s Chamran University staged a protest for the second consecutive night on Tuesday, November 8, 2016, at their dormitory against

the plan for imposing the compulsory dress code.

They explained their demands in a statement in which they said, “They firmly oppose the disparaging virtue and veil plans in the dormitories, which violates the students’ privacy.”

The statement concludes, “We will stand up to any attempt by security forces to deal with protesting students.”