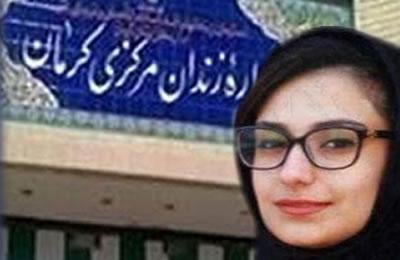 Political prisoner Hajar Peari is deprived of her most basic legal rights.

This Kurdish woman, 33, was banished to Kerman Prison nine years ago.

She was arrested in May 2007 in Naghadeh, Western Azerbaijan, by Intelligence Ministry agents and relocated to the Prison of the Intelligence Department in Orumiyeh after two months.

Ms. Peari spent five months under physical and psychological torture for the alleged membership in Kurdish parties opposing the government and acting against national security.

She was subsequently sentenced to 17 years in prison and banished to Kerman Prison.

The young woman is now being detained in the same ward with ordinary criminals and drug smugglers under very harsh conditions.