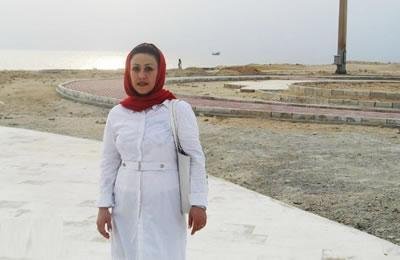 In a recent letter sent out of prison, Maryam Akbari Monfared defended her filing complaint with the court against Judiciary officials involved in the executions of her siblings.

In the wake of this measure, she has been deprived of her visitation right and is held incommunicado in Evin Prison.

Ms. Akbari Monfared daringly wrote in her letter, “Do you think there has remained anything that could scare me? Have you left anything for me that now you are threatening to deprive me from it? Aren’t you ashamed in front of a mother who does not know the favorite color of her daughter? Not even her favorite food or hobby? Now, you are threatening me with depriving me of prison visits?”

On October 17, 2016, Maryam Akbari Monfared sent a letter out of Evin and demanded justice for her siblings – one sister and three brothers – executed in the 1980s. Subsequently, she was deprived of having family visits in prison. She was already deprived of having access to medical treatment. Amnesty International issued a statement on November 3, calling for urgent action on the case of Ms. Akbari Monfared.