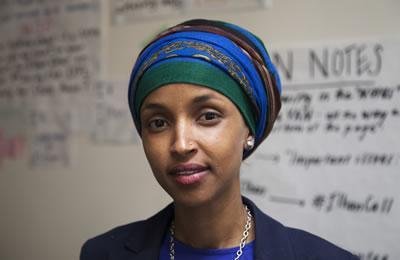 Although the U.S. did not elect its first female president Tuesday night, one woman still made history.

The 34-year-old moved to the U.S. at the age of 12, after four years living in a Kenyan refugee camp following her escape from the Somali civil war, the Star Tribune reports. As well as her political duties, she is director of policy at Women Organizing Women Network—a group that aims to empower all women, particularly first and second generation immigrants, to become engaged citizens and community leaders. (Time magazine website – November 9, 2016)